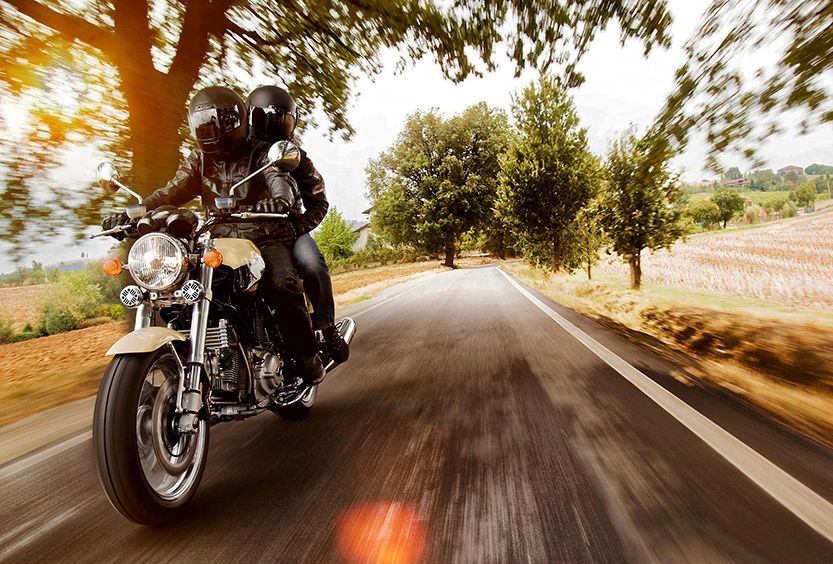 How Much Motorcycle Insurance Coverage Do I Need? 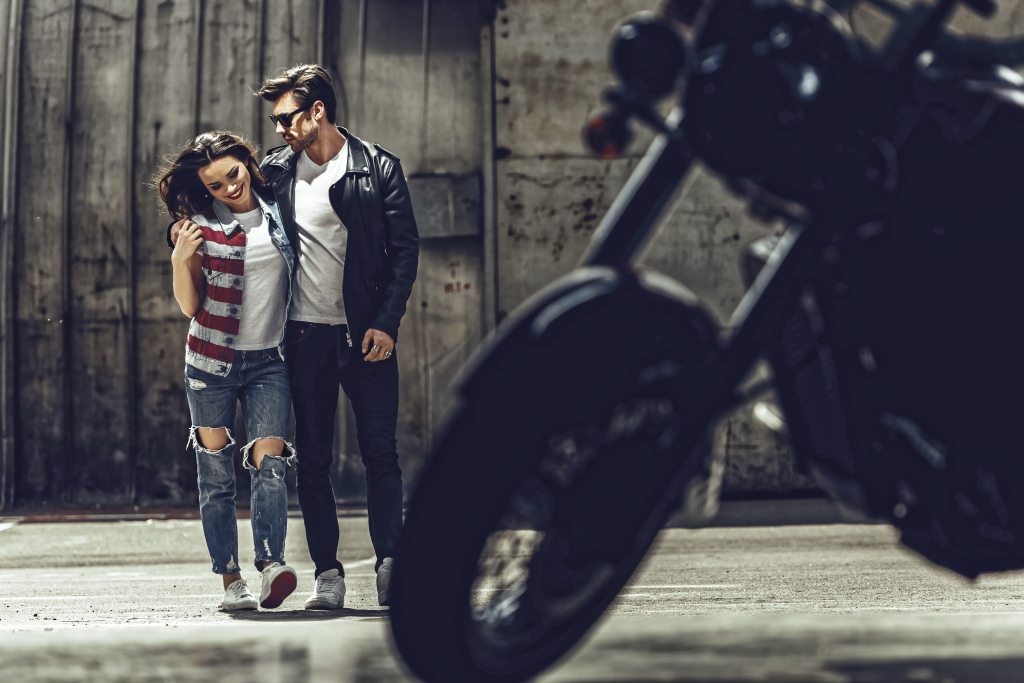 Those numbers come from a Canadian study that also found the overall injury rate for motorcycle crashes is three times higher than for car crashes.

For motorcyclists in the United States, statistics like that aren’t enough to stop them from riding.  That’s understandable.  The numbers should, however, motivate them to look at their motorcycle insurance coverage.

Motorcycle coverage needs will vary depending on factors like where you live and how much you ride.  Having the right kind of coverage can provide stability after an accident.  In contrast, not having enough coverage can turn a tense situation into an even tenser one.

Keep reading to find out more about the different types of motorcycle insurance.

Most states (New Hampshire being the most notable exception) have liability insurance minimums that drivers must meet to be road-legal.  Those minimums exist for both regular passenger vehicles and motorcycles.

Motorcyclists may be more likely to get the bad end of a car accident, but that doesn’t make them exempt from motorcycle liability insurance requirements.  There are two types of liability coverage: bodily injury and property injury. They each cover exactly what it sounds like they do.

The limits are often displayed as such: 50/75/15.  That translates to liability coverage that covers a maximum of $50,000 per person injured, but with a combined limit of $75,000 for bodily injuries. It also covers up to $15,000 worth of property damage.

Liability motorcycle insurance is the first and most basic type of insurance.  Think of it as the bottom rung of the ladder. Once you feel secure in your coverage, it’s time to move on to the next rung.

Despite laws that say otherwise, there will always be drivers who are unwilling or unable to get the required amount of auto insurance coverage.  These people are what’s known as uninsured and underinsured motorists.

In a perfect world, everyone would have the right amount of insurance, just like everyone would always travel at the exact posted speed limit.  Since we don’t live in that world, around half of all states require some form of uninsured/underinsured coverage.

Think of this coverage like a helmet:  It’s something that comes in handy in case the other drivers on the road aren’t living up to their responsibilities. 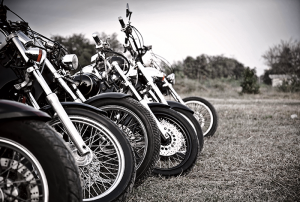 Not Everyone Is Average

Speaking of responsibilities:  You may not be as responsible a driver as you think.  A majority of drivers rate their skills as above average, which is statistically impossible.

If you’re able to avoid an accident on the way to work, it might be because of the quick reflexes you’ve honed over decades of driving, but it also might be dumb luck.

Texting and driving is illegal in most states and flat-out dangerous in all of them.  We know that, yet some people still sneak a peek at their phone when they stop at a red light.

Even if you would never dream of doing such a thing, other people on the roadway will.  That brings us to our next step on the ladder of motorcycle coverage.

Collision coverage pays for the damage to your bike, minus a deductible.  Without collision insurance, you’ll have to pay out of pocket for any repairs.

Motorcycles cost a few thousand dollars on the low end, although you can easily spend six figures if you feel like splurging.  Unless you have another few thousand dollars to spend on a replacement, collision insurance is one of the best kinds of motorcycle coverage you can buy.

But what if you hit something else? Something that’s most definitely not a car?

Imagine yourself driving through the rural countryside on the weekend, enjoying the ride and thinking about how nice it is to live so close to nature.

According to one estimate, there are between one and two million car versus large animal collisions every year in the United States.  Wild animals aren’t known for carrying liability insurance coverage, so that’s where comprehensive coverage can come in and save the day.

It can also come in handy if a kid on the street throws a rock at your motorcycle and breaks a headlight.

If a flash flood damages your bike, then guess what?  Comprehensive insurance could cover that as well.

Comprehensive insurance doesn’t cover everything that isn’t a collision with another vehicle, but it helps in more situations than you might think.

When the Weather Outside Is Frightful

The above coverage options are concerned with what happens when your motorcycle is either being actively used or parked outside awaiting use.  But the unique nature of motorcycles means there’s also something called lay-up insurance.

It has nothing to do with basketball, by the way.

No, lay-up insurance is for people who put their motorcycles in storage when winter arrives and it’s too cold to be out on the open road.  It covers you in case of things like theft.

This type of insurance is dependent on not using the motorcycle for the specified period of time.  A crash that occurs during a spontaneous New Year’s Day ride wouldn’t be covered by lay-up insurance.

There are other types of motorcycle insurance coverage that will do things like reimburse you for towing or other roadside assistance.

We can help you find your way through the maze of insurance options, regardless of if this is your first motorcycle or your fifteenth.

To get started, rev up your engines and contact us today.

The KMKInsure team welcomes your questions and inquiries. Regardless if your question is big or small, we’re here to help. For real.

The heading of the modal

Auto insurance is a necessary tool to protect your loved ones and your property.  At the same time, you need auto insurance in the event that you cause harm to others or damage the property of others while heading out on your daily jaunts.  Point blank – it’s a pretty critical item to have in your arsenal. 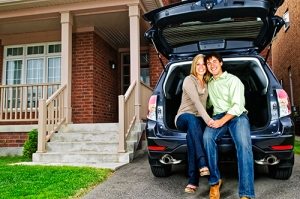 it is easy and convenient to shop for auto insurance online, that is, purchase insurance from a carrier online.  Here’s the rub, are you sure that you made the right selections on the carrier’s website screens?  Are you sure that you have the kind of protection that you chose for your unique circumstances was really what you need?

Unfortunately, a great number of people start clicking in the name of “I just want to get this over with“.   ntered in the online form, and that the policy that you were quoted will insure everything that is important to you.  (PSST:  humans are better!)Telematics is the new buzzword for a way to earn discounts of 5%, and up to 30%.  In essence, insurance carriers are starting to separate the “bad” or “marginal” drivers from the others.   The result is that driving “well” really does pay, in the form of discounts each time you renew.  Some give 5% or 10% just for installing the small telematics devices in your vehicle(s).  Also, some carriers can use your phone as a convenient telematics device.  So, if you can avoid fast takeoffs and hard braking, get ready to pay less for your auto insurance renewals.  Ask your KMKInsure agent for details.

Send a Text Question that You Have
HIDE ME
Contact
KMKInsure!